Whether we admit it or not, pizza is one of the world’s favorite fast food meal. We see a lot of people eat it everywhere, in a restaurants, schools, office, street corners and even at home. It is said that 93% of Americans eat a minimum of one pizza each month. I know that for sure, we eat pizza close to once a week.

Where to Grab Pizza in Portland

Did you know Portland is the country’s greatest pizza city. although many of Portland’s top pizzaiolos aren’t looking for superlatives, there’s a reason the world’s pizza nerds are paying attention to Portland: This city’s influx of pizza capital ex-pats, access to heritage grains for naturally leavened dough, and thriving agricultural market make Portland a natural hotbed for an eclectic mix of noteworthy pizzerias.

Here are some pizza restaurants you can try on!

Gracie’s tomato pie made our food editor Katherine Chew Hamilton reassess her belief in what a good pizza should be. She was wowed by the “tangy, nutty, naturally fermented dough cooked to a crackly, charred crisp in a wood-fired oven, then simply topped with robust sweet-savory tomato sauce, slices of garlic, a smattering of oregano, and a delicate sprinkling of grated pecorino.” Apparently the ice cream isn’t half bad either.

When a pizzeria shares space — and a wood-fired oven — with a beloved neighborhood bakery, you can expect the crust to shine. Comprised of Pacific Northwestern wheat flour, Handsome’s crust has the unmistakable tang of sourdough, and manages to be both light and crispy, with plenty of wood flame char. The bright tomato sauce sings, and toppings are dispersed with a light hand. Handsome’s outdoor tables will soon be covered for the long rainy season. In the mornings, Seastar Bakery — which shares a space with Handsome Pizza — sells individual squares, with all the punch of the evening slices.

Ken Forkish has been called “one of the world’s great pie men,” and we do not disagree. “No bones about where his heart lies—these 12-inchers demand engagement with their rustic crust,” says Brooks.

Pizza places have come and gone along Alberta, but Bella (formerly “Bella Faccia”) has been holding it down in the popular neighborhood for 20 years. Brooklyn native Linda Zumoff describes her pizza as “Naples meets New York,” and the large slices feature air-pocketed crust, nicely proportioned cheese, and small touches like a dusting of parmesan over the wide pepperoni. Half a dozen slice options typically include at least one vegan special. The back patio hosts trivia night and discount slices every Wednesday.

Food critic Karen Brooks called Lovely’s Fifty Fifty’s pizza “enchanting, idiosyncratic, and complex.” “You’ll find yourself eating things you’ve never heard of, or digging into combinations that would be considered tantamount to war crimes in a Jersey ’za shop,” she opined back in 2016. No surprise then that this N Mississippi joint impressed the Modernist Pizza duo.

The most expensive pizza in the world costs $12,000
Luis XIII in Salerno, Italy has the world’s most expensive pizza with a price tag of $12,000! This is no ordinary pizza, first the dough is aged perfectly before the chief arrives at your home. Yes, they will create this masterpiece in your home kitchen. Some of the ingredients include, three types of caviar, lobster from Norway, Cilento, bufala mozzarella cheese and grains of pink Australian sea-salt from the Murray River.

The most popular pizza topping is pepperoni
It’s not to hard to figure this one out, but now we have the numbers to prove it! In a HarrisPoll® taken in January of 2016, pepperoni was found to be the most popular topping followed by Sausage at number two.

World’s Biggest Pizza
The biggest pizza in recorded history was prepared by Dovilio Nardi, Andrea Mannocchi, Marco Nardi, Matteo Nardi and Matteo Giannotte in Rome, Italy, on 13 December 2012. It had a total surface area of 13,580.28 ft². Guinness was on hand to document the massive pie!

The Hawaiian pizza was invented in Canada
In 1962 by Sam Panopoulos, a native of Greece who was running a pizzeria in Ontario Canada. Bored with only having three toppings available mushroom, bacon, or pepperoni he took down a can of pineapples from the top shelf and decided to throw it on pizza. The rest is history. CONCORDIA – ALBERTA ARTS DISTRICT When it comes to the Arts, few neighborhoods could boast the influence and integration of all things artistic in this celebrated Concordia-Alberta Arts District. For over a decade, the neighborhood association Art on Alberta (AoA) has been a fixture promoting the unique cultural identity of the neighborhood, sponsoring the city-famous … END_OF_DOCUMENT_TOKEN_TO_BE_REPLACED 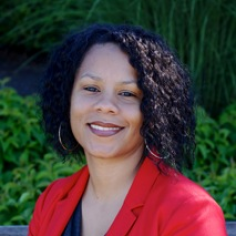